To celebrate the 30th year of the basketball legend and his favorite underwear brand, Hanes is launching a promotion designed to be a slam dunk for consumers. Beginning , more than 800,000 specially marked bonus packs of Hanes men's underwear, including Comfort Flex Fit boxer briefs, will contain a pack of 30th Anniversary Michael Jordan trading cards. Ten lucky consumers will find this rare autograph card with his signature in their packs. (Photo: Business Wire)

It all started in 1989. Jordan scored the 10,000th point in his basketball career and hit “The Shot,” one of the most dramatic playoff-series winning buzzer beaters in the history of the sport. It was also the year that Jordan and Hanes first teamed up and told consumers that, “Nothing else feels so right.”

The partnership between two icons from was meant to be – and has stood the test of time, according to , chief branding officer for .

“Michael has always had his pick of brands to endorse, and we are incredibly honored that he has chosen to stay with ours for the past three decades,” Falken said. “This is one of the longest-running and most successful partnerships of its type to date – a powerful statement about Michael and Hanes.”

To celebrate the 30th year of the basketball legend and his favorite underwear brand, Hanes is launching a promotion designed to be a slam dunk for consumers. Beginning , more than 800,000 specially marked bonus packs of Hanes men’s underwear, including Comfort Flex Fit boxer briefs, will contain a pack of 30th Anniversary Michael Jordan trading cards.

A total of 170 different Fleer trading cards have been produced by , each with a picture of Jordan from one of his Hanes advertisements on the front and vital statistics and fun facts on the back. Cards are inserted randomly in five-card packs. Ten lucky consumers will find a rare autograph card in their packs.

“Through the years, we’ve certainly benefitted from Michael’s enduring popularity with such a wide audience,” Falken said. “MJ continues to be one of the most recognizable people in the world, and we’re thrilled he’s working with us to make the world a more comfortable place.”

Reflecting on 30 years with the company, Jordan said: “I’ve always had a special bond with Hanes and the people there. We’ve been together for a long time now spreading the word about comfort, style and innovation – and filming some fun commercials along the way. It’s truly been a great relationship, and I’m happy to be celebrating this milestone with them.”

A limited number of bonus packs with trading cards are available on the Hanes website and across all retail channels – from dollar to department stores, both in store and online. Consumers can find the bonus packs in special displays that feature visuals of the cards in Kohl’s, , , , and .

Television spots supporting the promotion will be aired during March Madness on , TBS, TNT and TruTV; on , CBS Sports and other cable sports networks; and on FX, /MTV2, ION and a variety of other cable stations.


Upper Deck is a worldwide sports and entertainment company built on the pillars of quality craftsmanship, authenticity and innovation, with a dedication to creating products that turn memorable moments into collectibles. Upper Deck is home to the world’s greatest athletes, including , , , , , and .


, based in , is a socially responsible leading marketer of everyday basic innerwear and activewear apparel in the , , and . The company sells its products under some of the world’s strongest apparel brands, including Hanes, Champion, Bonds, Maidenform, DIM, , Playtex, Bras N Things, Nur Die/Nur Der, Alternative, L’eggs, JMS/Just , Lovable, Wonderbra, Berlei, and Gear for Sports. The company sells T-shirts, bras, panties, shapewear, underwear, socks, hosiery, and activewear produced in the company’s low-cost global supply chain. A Fortune 500 company and member of the 500 stock index (NYSE: HBI), Hanes has approximately 68,000 employees in more than 40 countries. For more information, visit the company’s corporate website at www.Hanes.com/corporate and newsroom at https://newsroom.hanesbrands.com/. Connect with the company via social media: Twitter (@hanesbrands), (www.facebook.com/hanesbrandsinc), Instagram (@hanesbrands_careers), and LinkedIn (@Hanesbrandsinc). 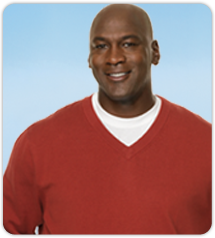